Posts: 463
bonzairob at 17:54 on 27 Jul 14
#151
Status update: I've started unlinking the 3dPE app from pygame so I can swap in WX. Pygame will probably still be used for the final product, because of audio and suchlike, but using WX means I'll be able to properly integrate the map editor. Which should be pretty cool.

I've just got it, well, rendering anything. Still some work to do! I've got a lot of stuff planned out, i should be able to attack it in chunks. To get a feel for linking the game and the editor, I think I'll start off with camera controls.
13:31 on 14 Sep 14
#154
Well, attacking in chunks turned out to be a little optimistic. Some of the chunks have been a lot of work.

Right now, I'm rewriting the terrain tools - adding cells (formerly tiles, to differentiate between them and tileset/texture tiles), and moving them around. The movement's been revised and tilting tiles has been removed, for now; the intention is that updown levels will be created with layers of rocks, and then some rock faces will be smoothed out for stairs.

Unfortunately, burning the candle at both ends is catching up with me, and I'm having serious difficulty concentrating on anything. My job-work is suffering along with my hobbies. I've had a two-week break from engine work, and I'm still not having any more luck getting stuff done, so I'm going to listen to my body. Hopefully eating a bit better and sleeping more than 5 hour a night will sort me out.

I'm not giving up, far from it! I really, really want to get started on the PF game and see what all this engine work can really do. But progress isn't going to stay slow for a little while longer.
17:13 on 05 Oct 14
#155
Aaand we're back on the horse. Get your own horse. Mine has rockets.

Progreps: Adding cells is nearly done - got a bug right now with creating new nodes when you create rocks too. Partially posting to remind myself for later.
I still need to do: creating nodes when you add cells to the side of another cell instead of above; extending rocks if you add to the side with rocks ticked.
After that: removing cells, and removing cells w/ rocks - so you can make holes and there will be rocks in them. 3dpe: rock simulator

When I give up on this I'll move on to tiles, which should at least make screenshots prettier, before going back to sort out moving cells around. Buuut terrain stuff is probably going to be the bulk of work for the v1.0.0 demo. Milestone!
19:09 on 05 Nov 14
#156
Terrain stuff is done for now - later I need to add in flattening rocks so you can stick stairs in, but that can wait. Next up: shingles Messed up the texture positioning... ... I just notice that giant ON, wtf
Horanoven liked this post.
21:38 on 11 Jun 15
#163
There are two alphas out to devs and it probably doesn't count as a prototype any more. I'm now hopping off overworld and on to battle!

Edited at 11:29 on 13 Sep 15 by bonzairob
21:34 on 15 Aug 15
#165
Buggy as fuck but we're getting there; the first tackle works, the second does not. Maybe they missed? Lots of tidying to do. I also accidentally made this loop perfectly.
Show content

Key things to note:
"referral" key is in IRC topic. 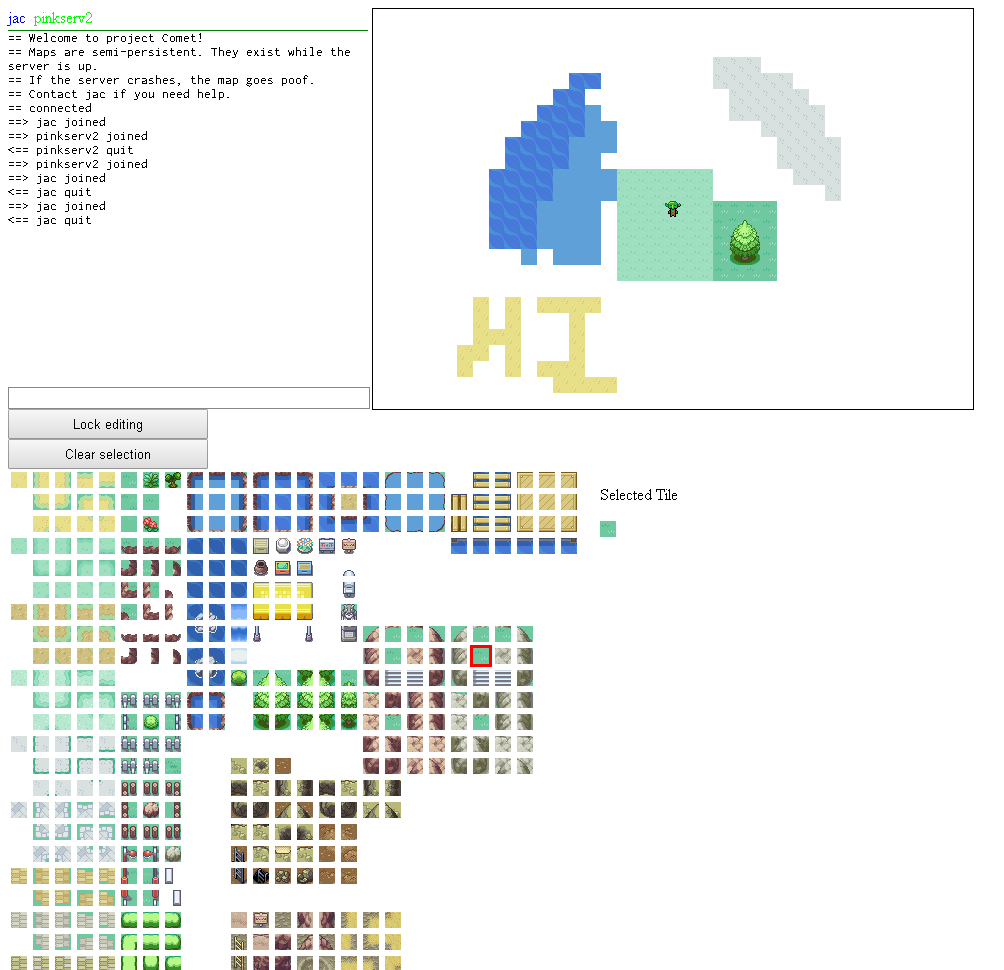